2004
Performance with kiddie pool, denim, bathing suit, orange arm flotation devices, beach towel, flip flops, misc.beach items, self. Description: Jean Pool was created while I was residing in the Center on Contemporary Art as part of: Domicile: A Sense of Place, a group show. I had recently completed the first Urban Beach Scene and there was a piece in Domicile by Tom Gormally titled, “Gene Pool”. Having the fresh idea of an Urban Beach Scene in my head and having previously worked in denim (see 2002)…. I bought a kiddie pool at Bartell Drugs the next day and put the two together. The first Jean Pool took place on day 17 of Domicile and it happened right outside CoCA. The second took place on day 26 of Domicile on a median at the intersection of Fairview and Valley. 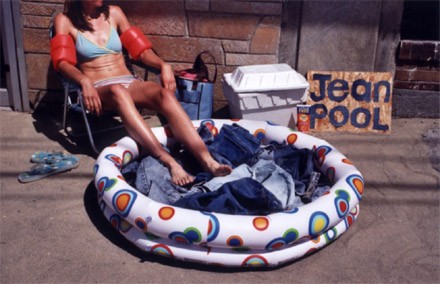 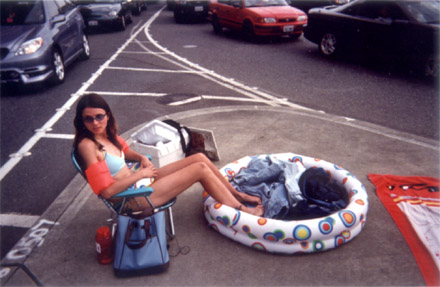 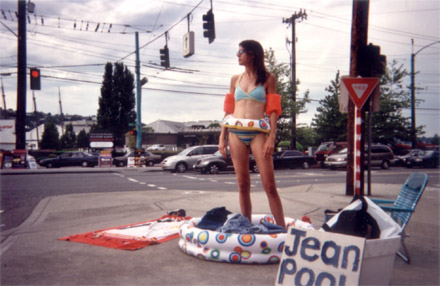 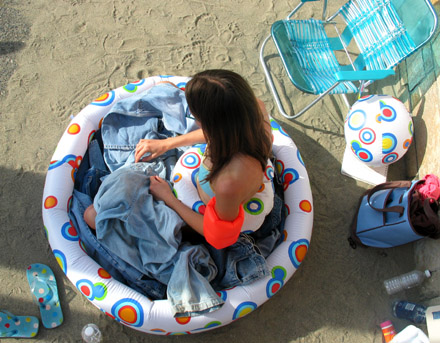